Please register your nuclear-associated event here, so we could add to our monthly calendar!月に一度このようなイベントカレンダーを発行しています。ぜひ、あなたのイベントもこちらでご登録下さい！

Wednesday, April 2, 2014 7:00pm – Discussion with the Co-Author of Fukushima: The Story of a Nuclear Disaster
It is a discussion with the co-author of our new book, Fukushima: The Story of a Nuclear Disaster, the most authoritative expert analysis to date about exactly what happened in one of the world’s worst nuclear disasters of all time. The book offers an urgent reminder that more needs to be done here in the United States to prevent a similar disaster and to protect the millions of Americans who live near nuclear power plants. David’s talk will provide an overview of what happened at Fukushima three years ago and a summary of the still unfolding crisis. He’ll discuss the status of proposed changes in U.S. safety regulations in response to the disaster and address specific concerns about nuclear plants in your area. Location: Diesel, A Bookstore, 5433 College Ave., Oakland, CA 94618
Sponsor: The Union of Concerned Scientists Free admission, no RSVP required. Copies of the book will be available for purchase.
Website: http://www.ucsusa.org/nuclear_power/nuclear_power_risk/safety/fukushima-book.html?utm_source=fb&utm_medium=fb&utm_campaign=fb

Thursday, April 3, 2014 at 6:30pm – Nuclear Power: Meltdown or Revival? Discussion with the Co-Author of Fukushima: The Story of a Nuclear Disaster
It is a discussion with the co-author of our new book, Fukushima: The Story of a Nuclear Disaster, the most authoritative expert analysis to date about exactly what happened in one of the world’s worst nuclear disasters of all time. The book offers an urgent reminder that more needs to be done here in the United States to prevent a similar disaster and to protect the millions of Americans who live near nuclear power plants. David’s talk will provide an overview of what happened at Fukushima three years ago and a summary of the still unfolding crisis. He’ll discuss the status of proposed changes in U.S. safety regulations in response to the disaster and address specific concerns about nuclear plants in your area. Want to continue the nuclear power debate? David will join other nuclear experts for a panel discussion, Nuclear Power: Meltdown or Revival?, at the Commonwealth Club in San Francisco. Location: The Commonwealth Club of California, SF Club Office, 595 Market St., 2nd floor, San Francisco, CA 94105
Sponsor: The Union of Concerned Scientists
Cost is $12 for Commonwealth Club members, $20 for non-members, and $7 for students.
Website: http://www.ucsusa.org/nuclear_power/nuclear_power_risk/safety/fukushima-book.html?utm_source=fb&utm_medium=fb&utm_campaign=fb

Saturday, April 5th, 2014 at 6pm : From Fukushima to the Four Corners: What you need to know about low level ionizing radiation, women, indigenous peoples, and you!
This presentation by one of our MamaBears AgainstNukes will be done by a PhD in history who has studied the history and science of the nuclear age for the last twenty years. All named health effects as well as health protection from exposure are backed by referenced sources. The presentation will include basic radiation history, effects on women and indigenous peoples around the world, and a look at other sea-side areas of the world, like Sellafield and Chernobyl, to see what long-term health effects are possible, especially for those living closest to the beach. We will examine the difference between the radiation harm model championed by the International Commission on Radiological Protection (ICRP), which promotes nuclear energy, and from which all national regulatory frameworks are derived, versus the independent model of radiation harm championed by the European Committee on Radiation Risk (ECRR). What are the largest releases of ionising radiation so far in human history, and how many mortalities are expected to result from each? How can we protect ourselves from the lies or distortions of the nuclear industry (bananas, brazil nuts, X-rays, airplane flights and radon distractions)? How can we best protect ourselves and our families from the bioaccumulation of internalised radionuclildes, if at all? How do we maintain HOPE and its accompaniment, community action, in the face of Fukushima, the worst industrial accident in human history, which is now releasing between 400-17,000 tons of highly radioactive water into the Pacific Ocean, and is expected to go on doing so for at least the next 100 years? Are the nuclear authorities telling the truth when they say the radioactive Fukushima ocean plume now starting to hit the West Coast is nothing to worry about? (Forbes, March 16, 2014)?
Location: Center for Nonviolence, 612 Ocean Street, Santa Cruz, CA
Sponsor: MamaBears AgainstNukes
Rideshare: Umi Hagitani amnioticfluid@gmail.com
Website: https://www.facebook.com/events/439306189533740/

Saturday, April 5th, 2014 at 7pm : MAPP Remembering the 3yr Anniversary of Fukushima and Regeneration!
This MAPP is the dedicated to recognizing the 3 year anniversary of the nuclear disaster in Fukushima Japan. We stand in solidarity with the Japanese communities and global communities surviving and healing from this nuclear disaster.We also raise our voices in opposition to the continuing misuse of nuclear power and honor the activists, healers and plants working for regeneration and rebirth of our earth and oceans. Regeneration / Hopes healing and creation / no radiation
Location: 2754 Harrison St, San Francisco Sponsor: MAPP SF Cost is free
Contact: Junko Suzuki Parsons at cyclubsf@gmail.com
Website: http://mappsf.bandzoogle.com/home.cfm

Sunday, April 13th, 2014 at 6:30pm-9:00pm : Film screening and a potluck chat “Uranium: Is It A Country?”
In Europe nuclear energy is more and more often celebrated as saving the climate. Clearly, nuclear power plants need uranium.
The aim is to comprehensively illustrate the opportunities and risks posed by nuclear energy, whilst paying particular attention to uranium mining.
Australia has the world’s largest deposits of this resource. We will travel to the “land down under” to exemplify where uranium comes from, where it goes to and what is leftover from it.
There is plutonium (used mostly together with uranium) and thorium. And by now there is just one thorium nuclear reactor in India. (what concerns nuclear fusion, deuterium and tritium could be use, but this is just hypothetical).
By now the most used combustible for the nuclear energy production is uranium and the world has many problems and risks because of this. This film is about uranium and its use for the nuclear energy production. It doesn’t want to be comprehensive of everything concerning nuclear reactors. And it is a very good film, based on a accurate inquiry about uranium.
The Door opens at 6:30pm, the film will start from 7:30pm-ish depending on the day light!
Location: 737 Henry St, Oakland CA, 94607 (Nearest BART station is West Oakland)
Sponsor: Bad Seaweed Project
Contact: Umi Hagitani
Fee: A potluck dish or a small donation to help the space + project
Accessibility: this is not a wheel chair accessible space. Sorry!
Interpretation: N/A
Website: https://badseaweed.wordpress.com

Monday, April 14th, 2014, at 7-9am and 4-6pm: Pre-Outreach for April 15 Tax Day and the Global Day of Action on Military Spending (GDAMS)
This is a great day of grassroots activity, education and pressure on the US Congress to Move the Money from the Pentagon to fund human needs and jobs. A day when all will be reminded that not all pay their fair share, as well! The US Congress and the President have been locked in cycles of brinkmanship over the federal budget priorities  and deficits that have brought the vast and wasteful Pentagon budget into public scrutiny.  The general public overwhelmingly supports cuts to military spending when shown the facts and the trade offs between human services and the Pentagon. There is a broad and growing movement of peace, community and economic justice groups pushing for new federal budget priorities.  This makes GDAMS and Tax Day in the US a particularly auspicious occasion this year. We will stand with the rest of the world to bear witness to the fact that military spending, especially the impact of US military spending stands as the major obstacle to addressing the crisis problems all of our peoples face globally. Volunteers Needed! We will support passing out educational materials to the commuters at major BART stations with our local anti-nukes organizations!
Location: MacArthur BART Station
Sponsor: Tri-Valley CAREs, Western States Legal Foundation, No Nukes Action Committee
Contact: Umi Hagitani amnioticfluid@gmail.com
Website: http://peaceblog.wordpress.com/2014/03/25/april-15-tax-daygdams-new-materials-organizing-tips/?blogsub=confirmed#blog_subscription-3

Friday, April 18, 2014  7am : Good Friday Action at Livermore Lab
On Good Friday, April 18, 2014 people of good will, including from all the world’s faith traditions, are invited to gather at the Livermore Laboratory at 7 AM. Come to the northwest corner of the nuclear weapons lab, at Vasco Road and Patterson Pass Road in Livermore, CA. This year, the keynote speaker will be Kathy Kelly. Kelly will talk about her experiences in Iraq and Afghanistan and, in particular, how war has exacerbated poverty and displacement in Afghanistan where she is currently located. The Good Friday program, still in the planning stages, will also feature liturgical dance by Carla De Sola, a welcome and update on nuclear issues by Tri-Valley CAREs and war and peace “stations of the cross” on the way to the Lab’s west gate, where those who choose will nonviolently risk arrest. Following the program at Livermore Lab on Good Friday, there will be an action at Lockheed Martin, the makers of nuclear missiles and drones, in Sunnyvale, CA between Noon and 2 PM. Join the Pacific Life Community and others for a reflection and nonviolent action. The theme will be “Who is crucified here?” Participants will gather at the corner of North Matilda and 5th Ave. and walk to the main gate.
Location: Livermore Lab, northwest corner of Vasco Road and Patterson Pass Road in Livermore, CA
Sponsor: Tri-Valley CAREs Contact: (925) 443-7148
Website: http://www.trivalleycares.org/new/events.html#goodf

One thought on “Calendar” 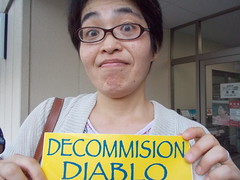 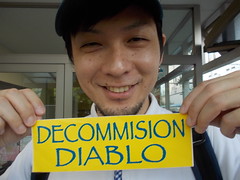 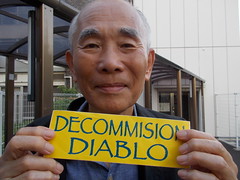